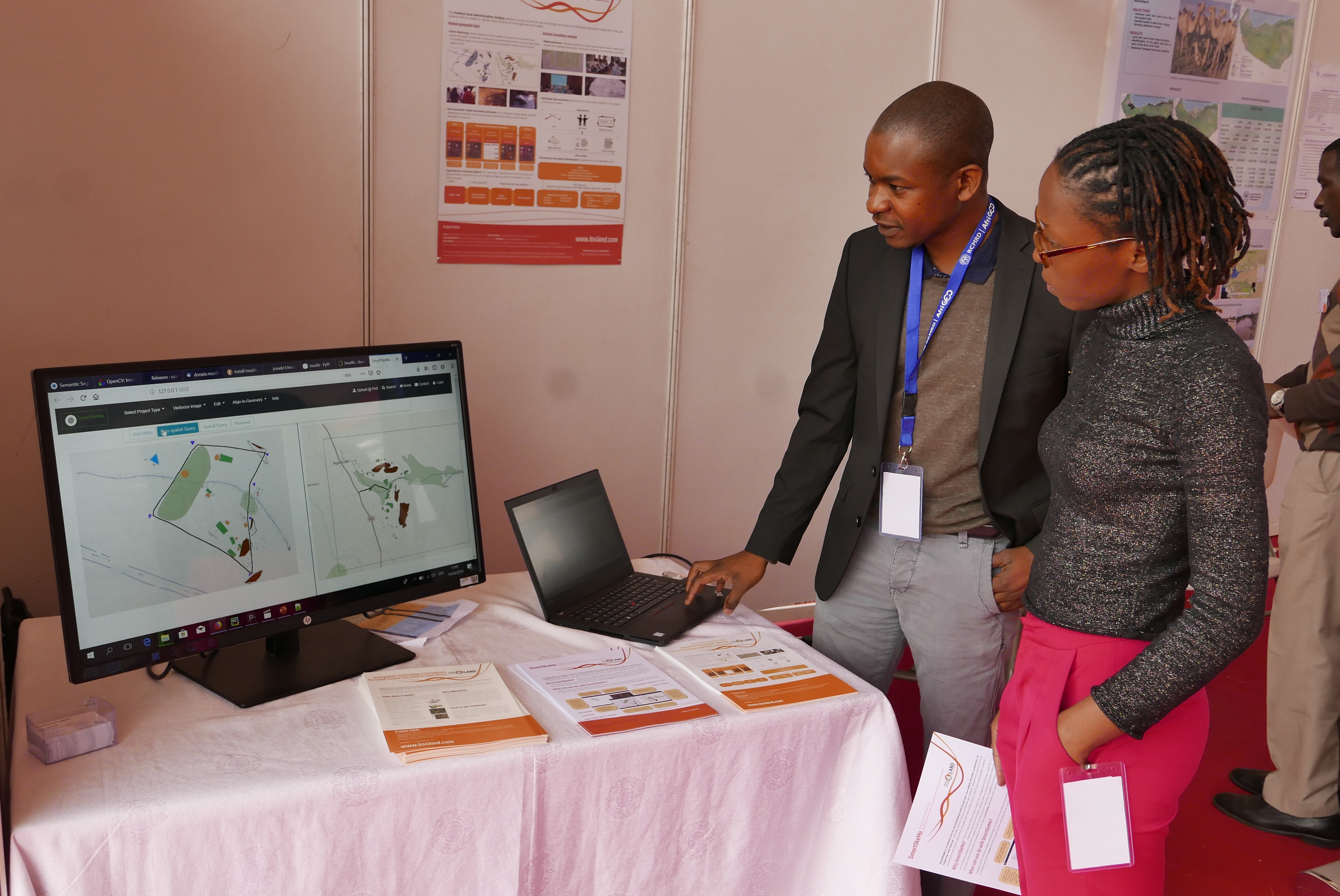 During the RCMRD International Conference & 4th AfriGEOSS Symposium, its4land presented the outcomes of the project.

The AfriGeo Symposium was an event organized by RCMRD with a varying number of attendants per day (50-200). Participants were mainly from the Eastern African Region but also representatives from various projects such as USAID, NASA, Esri, etc. Sophie presented her work at the its4land booth together with the its4land colleagues Tarek Zein, Angela Schwering, Malumbo Chipofya, and Kaspar Kundert. Many interested conference participants came to the booth during the poster presentation time slots. Malumbo demonstrated the Smart Sketchmaps tools and Sophie the semi-automatic visible boundaries delineator tool on their computers, while the others provided general info on its4land. Most attendants were enthusiastic about the idea behind the delineation tool, wanted to start using it, and invited Sophie to return for another in-depth workshop. GIS experts and business developers from Africa and Europe provided valuable ideas and contacts to pursue a further development of the tool.