Report on 2017 World Bank Conference on Land and Poverty

What: Annual World Bank Conference on Land and Poverty

Why: to present three papers ITC co-authored, to chair two sessions, to host a Master Class on its4land and of course to seize the opportunity to have informal meetings with the its4land consortium colleagues that were present and with several of the advisory board members.

Find below a more detailed description of the its4land contribution to the workshop. 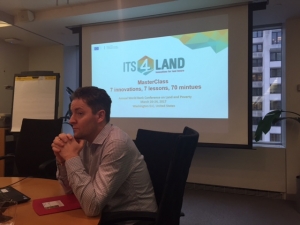