What: Field work in Kenya to demonstrate the functionality of the Smart Skema system in order to receive feedback on how the system could be used in actual practice

Where: Kajiado and Nairobi, Kenya 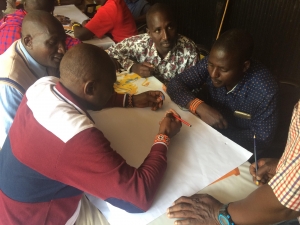 The goal was to demonstrate the functionality of the Smart Skema system in order to receive feedback on how the system could be used in actual practice.

The community mapping, interviews, and workshops gave great insight into the strengths of the Smart Skema design, it highlighted areas that could be improved and areas that would require additional consideration outside of the tool’s scope.

All in all it was a very successful visit. The WWU team are grateful to all those who participated in the workshops, interviews, and exercises in Kajiado and Nairobi. Cooperating with the teams from Katholieke Universiteit Leuven (KUL) and University of Twente, Faculty of Geo-information Science and Earth Observation (ITC) made for a smooth and enjoyable of fortnight work and learning. 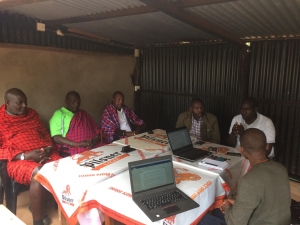 On the shoulders of giants – learning about contemporary Maasia land customs from elders of a Maasai community in Kajiado county. 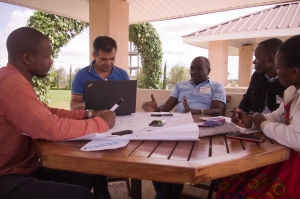 Discussion of Smart Skema with local government officials in Kajiado. 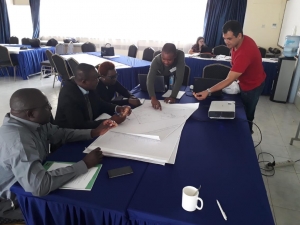 Discussion of Smart Skema with national government officials in Nairobi. 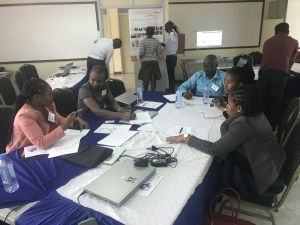 Evaluating the applicability of Smart Skema to use case scenarios encountered by NGO’s, private companies, and academia.