What: Land and Poverty Conference 2018: Land Governance in an Interconnected World

Who: Malumbo Chipofya and Cristhian Murcia from Muenster University (WWU)

Its4land was at the 2018 World bank conference on land and poverty. its4land researchers Malumbo Chipofya and Cristhian Murcia presented the Smart SkeMa system for community based land documentation using sketch maps. As you might know, Smart SkeMa is a tool designed to support bottom-up land tenure, land rights, and land resource mapping using hand drawn maps. Smart SkeMa fills a gap in the community mapping workflow which was traditionally solved through manual digitization. But SmartSkeMa is not only concerned with digitizing objects drawn in the sketch map, it is designed to allow meaningful interpretation of these objects and geo-localization using existing map data of the area depicted in the sketch map. 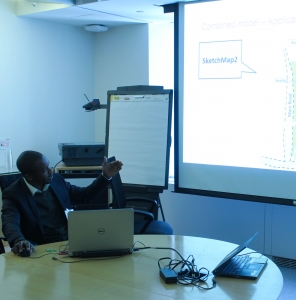 During the Masterclass the researchers demonstrated how SmartSkeMa can be used to harness the power of sketch maps in capturing relevant information from a community’s perspective. The main goal was engage participants to reflect on how Smart SkeMa fits to community mapping workflow and what other use cases might be solved using the system. The presented was detailed enough to give a solid overview of Smart SkeMa’s internal working but remained focussed on how users could leverage its functionality.

Asked to comment about his experience giving the Masterclass, Malumbo commented that he was “really grateful for the strong feedback that we received from the participants who all showed interest in seeing a complete Beta version of our tool”.

Read more about the masterclass in the paper “Smart Sketch Maps for the Documentation of Land using Hand Drawn Maps”. 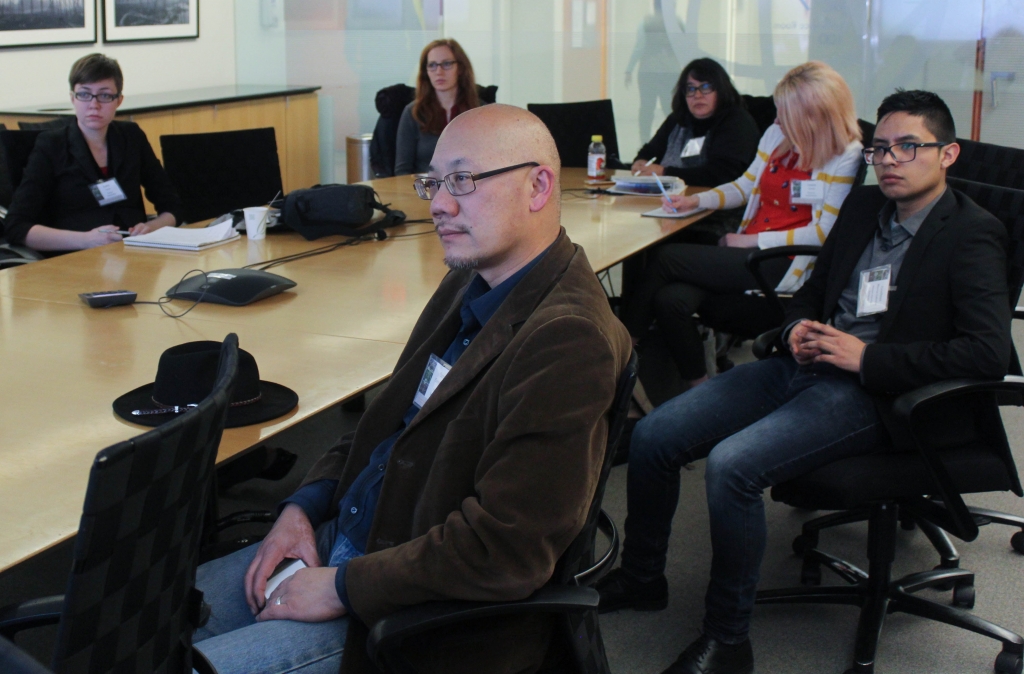 Some of the participants in the Smart SkeMa masterclass