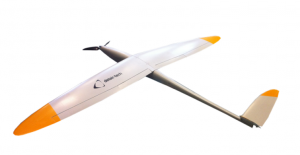 What: its4land obtained a special flight permission to conduct UAV flights in Kenya

Where: Kajiado and Kisumu, Kenya

Who: Technical University of Kenya

The Kenya Civil Aviation Authority grants authorization to operate the UAV for the its4land mapping activities for the time from 19 February to 9 March. Authorization was granted for two dedicated areas – one study site in the rural area of Mailua and the other one in a rural environment in the vicinity of Kisumu. Respective data collection activities with the its4land UAV DT18 PPK will take place in the beginning of March.

Prof. Gordon Wayumba of the Technical University of Kenya reports:

For many years the government of Kenya relied on fixed wing and manned aircraft for aerial photography for all kinds of mapping needs, even in situations where it was clearly uneconomical to deploy such aeroplane technologies. Consequently, there are large parts of the country that have not been mapped for titling or for topographical mapping surveys. For example, it is estimated that currently only 30% of land in Kenya has been mapped and registered with title. The rest of the country still operates under the undocumented customary tenure system. Even the areas that have been mapped for adjudication and registration, the resultant photos were not ortho-rectified hence the resultant registration maps are not accurate due to inherent geometrical errors. By adopting the UAV technology, it will be possible to acquire aerial imagery quickly and at a much higher spatial resolution than hes ever been possible. These acquisitions can be repeated several times in a day depending on the battery life; a situation which was not possible before.

Informal land tenure refers to a situation where the actual occupation and use of land is without much legal basis. Under this arrangement, groups of people occupy public or private land without the permission of the owner. In Kenya, such situations normally occur in the peri-urban areas where rapid urbanization outstrips the capacity of the urban management to deliver sufficient and affordable housing for the population.

These areas are generally situated in the blurred zone between the customary and statutory laws and this confusion creates opportunities for the elites and the land-use is shifting from agriculture to housing. As a result of these processes, rural communities are losing grip on their land as the cities spread; and the original land owners are being displaced depending on their capacity to withstand the urbanization pressure. Overlapping and multiple rights, consisting of several interlocking systems of individual and communal rights, often evolve as the customary tenure systems try to adapt to changing demands on the ground [Adjei, 2011].

In terms of land tenure, some of the rights are bound by customary law while other by statutory law, and there is a high uncertainty surrounding title and tenure in such situations. A number of problems relating to inequality, landlessness and eviction prevail in most of the informal settlements in Africa; especially in areas where the mechanisms which hold indigenous institutions to account have been weakened [Cotula et al., 2004; Adjei, 2011].

It has been observed that both the customary and statutory law systems have proved ineffective in protecting the security of tenure in the informal settlements. A number of problems relating to inequality, land less ness and evictions prevail in most customary areas, especially where the mechanisms that hold indigenous institutions to account have been eroded [Toulmin, 2009].

For a long time, it has been virtually impossible to provide security of tenure in these areas mainly due to lack of accurate spatial data. The conventional fixed wing aircraft were not suitable for mapping such areas because they occupy small areas which cannot warrant the deployment of such aircraft. Secondly, the areas are dynamic and the situations change frequently so it is necessary that aerial mappings are carried out frequently in order to capture the changes. The UAV fits the situation for mapping of the informal settlements and the staff at the Technical University will deploy the equipment to map several informal settlements in Kenya to support provision of tenure security under the its4Land project, and one member of staff intends to carry out his PhD study of the informal settlements by utilizing the mapping capacity of the UAV equipment.

Therefore in summary, the Technical University, being the first University to acquire a UAV and the permit from the KCAA, will take advantage of the situation to carry out mapping for improvement of tenure security in Kenya. This is a major concern for the World Bank and other development partners that in Africa only about 30% of land have security of tenure. The University intends also to initiate collaborative research with other fields to carry out mapping for research. Basically we are very proud to possess the equipment but we shall need support in further training and software facilities.