From a hand drawn map to meaningful digital objects in a automated way: its4land delivers

On 31st July researchers from University of Münster, Germany, Bahir Dar University, Ethiopia, and the Technical University of Kenya, delivered two prototypical components of its4land’s Smart Sketch Maps system. The delivered pieces are an important part of what makes smart sketch maps “smart”: they make it possible to identify explicitly drawn spatial objects and assign to them a semantic (i.e. conceptually meaningful) category.  The two components were delivered as:

The domain model of deliverable D3.1 provides a common ontological perspective so that a variety of sketches can be compared and automatically interpreted via a uniform conceptual “language”. The domain model is formal (i.e. unambiguous; can be automatically interpreted and processed in software) and thus provides a uniform language for querying across a large number of sketches.

As can be seen in Figure 1 below, the ontology delivered by the team takes into account both spatial features and activities, thus providing the basis on which the system can ground activities in space and provide richer answers to user queries. As a simple example, the activity “grazing calves” occurs in an enclosure near the home known as the “Olopololi”. Thus asking for all regions used for grazing calves can be interpreted as a query for the locations of all Olopololi at a minimum. 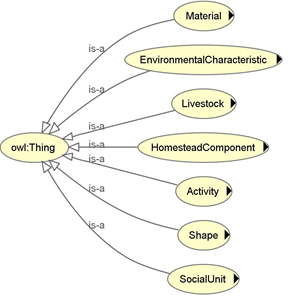 Figure 1: Top level classes of the ontology include both spatial, social, and activity related concepts

The object detection and recognition system of deliverable D3.2 is responsible for extracting useful data from a sketch map which is received as a raw image (this may be a scan or a photo). The object detection and recognition system consists of a set of modules each implemented as a standalone system for a specific part of the semantic sketch recognition task. The main modules include  a module that performs symbol recognition in the sketch map and a module that extracts contours and regions which correspond to objects drawn by the sketcher (Figure 2)

Figure 2: Workflow of the object detection and recognition system

The deliverables were a result of several months of collaborative work led by researchers at the University of Münster. This included field visits where community mapping exercises were simulated, extensive literature research, and obviously many discussions with institutional and individual stakeholders. The team was especially moved by the generosity of individuals and groups from the communities that participated in the community mapping exercises in Kajiado, Kenya and around the city of Bahir Dar in Ethiopia (figure 3). 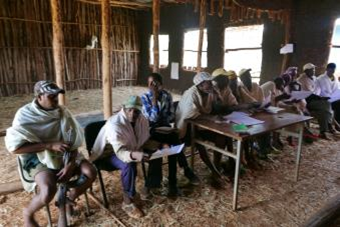 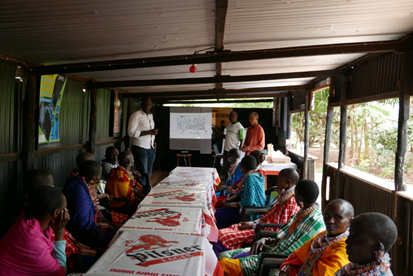